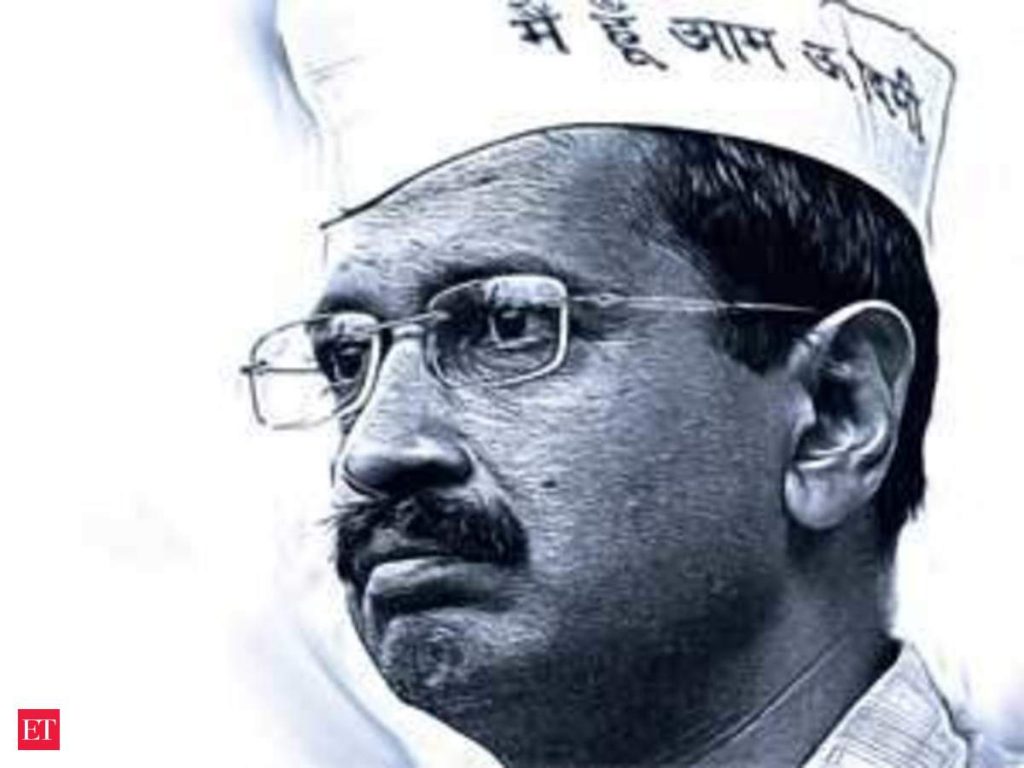 Poet Kumar Vishwas and politician Alka Lamba should have kept to themselves and not attempted to correct their former comrade in arms and Aam Aadmi Party convener, Arvind Kejriwal, who is no longer just the Chief Minister of Delhi but also inspiration for Punjab Chief Minister Bhagwant Mann. Besides, Vishwas and Lamba also didn’t get it that AAP now commands a police force, which it didn’t when it conquered Delhi twice in a row.

But Kejriwal knows what he is capable of with a non-Delhi-like state under the AAP’s belt. Those who have been watching Punjab and Delhi, and AAP and Kejriwal, in recent days, after the mammoth sweep in Punjab with the AAP broom-turned vacuum-cleaner, must have noticed the transformation of Arvind Kejriwal, the man who people used to say, with a shrug and a smile, possessed anarchy in his eyes!

Kejriwal also used to be called the “apology chief minister” of the times for the number of times he apologised including to Union ministers Nitin Gadkari and the late Arun Jaitley among others. The apologies were accompanied by a charming and disarming smile that only Arvind Kejriwal could conjure up.

Among Arvind’s supporters there are massive numbers of media-persons who saw in the quick-witted Kejriwal sparks of a prime minister in the making. Some of them recall how he “chased” BJP’s PM candidate Narendra Modi to Varanasi in 2014 and attempted to nip the “danger India faced” there and then in the bud! Then, challenger Kejriwal, couldn’t beat Modi, but 2024 will be different, insist some of his journalist “friends”.

Some of these are also a little perturbed, and wary. They see danger signals in the unholy pursuit of Kumar Vishwas and Alka Lamba that they cannot fathom in someone who they thought and reckoned was a “different” kind of politician, unlike the legacy politicos who still abound. Many of these journos are warning each other to be careful what they write and say about “Arvind”.

As Kumar Vishwas and Alka Lamba are learning much to their discomfort. The former, who claims he was one of the “original founders” of AAP and had incubated in the anti-corruption movement of Anna Hazare, is now the ire in the eye of Arvind Kejriwal.

The poet laureate of the party he has now quit, has been booked under several sections of the Indian Penal Code and Section 125 of the Representation of the People Act by the Punjab Police. Ditto Alka Lamba. Vishwas had alleged Arvind Kejriwal was an aspiring “Prime Minister of Khalistan.”

Vishwas made this allegation just three days short of polling day in the Punjab assembly elections, which AAP won with the classical disdain it’s known for. AAP’s legendary broom is now poised at the doorsteps of Gujarat and Himachal Pradesh even as Kejriwal juxtaposes himself next to Narendra Modi for the big prize in 2024.

As of now, Kejriwal has his eye screwed tight on the eye of the proverbial fish. Willing to take his chances with risks, too. One of which is to ape Modi in every which way possible, most of all in the manner in which Modi and the BJP has been going about wooing Hindu votes. So, even as Kejriwal and Punjab Police are a potent force, it should be noted that AAP and Kejriwal are game to dump the Muslims in their quest to win India!

And in the footsteps of Narendra Modi, literally, so to speak. Kejriwal’s use of the police is seen as something which he has picked up from Modi and Amit Shah. What’s worrying the saffrons is the sudden aggression in AAP when taking on the “BJP goons”. AAP spokespersons are all fire and brimstone these days of Shobha yatras and bulldozers running amok.

In fact, Kejriwal went all the way down to Bengaluru to rundown the BJP and its “lucha-lafangas and gundas” in the eyes of the aam aadmi there. What is glaring is that AAP and Kejriwal seem to have no sympathy for the “harassed Muslims of Jahangirpuri.” Every political party worth its secular salt went to “ground zero” except the ruling party of Delhi. Whatever has happened to AAP?

The belief gathering ground is that Kejriwal and AAP cannot risk alienating the Hindu vote when push comes to shove come 2024. Newer and newer facets of Kejriwal are tumbling out including opportunism. For the man who famously said that he didn’t crave for power and pelf, there is no holding back. As Alka Lamba and Kumar Vishwas, plus the Muslims, are getting to know, never judge a book by its cover. What is inside Arvind Kejriwal only Arvind Kejriwal knows! (IPA Service)