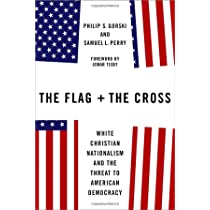 The threats to Israel’s existence as a democratic Jewish state have multiplied and could weaken or undermine a pillar of Israeli national security: unquestioned US support. Rising anti-Semitism among Christian nationalists, together with Evangelicals, the mainstay of US grassroots support for Israel, threatens to drive a wedge between the community and Israel.

Describing a recent protest by conservative Muslims and Christians in Dearborn, Michigan, an Arab American heartland, against the presence of books with sexually explicit content in public schools, Matthew Deperno, the Republican candidate for the state’s attorney general in next month’s midterm elections, said, “you’re probably seeing a shift in the Republican Party.”Muslim and Christian leaders hailed the protest as conservatives in both groups uniting against liberals and leftists in what amounted to abandoning what was long alleged to be a ‘Red-Green’ alliance between Islamists and the left, a reference to Democrats.

Sam Westrop, the director of the Forum’s Islamist Watch, lamented in a lengthy Forum article that the Muslim-Christian protest in Dearborn was not an isolated incident.“Increasingly, the Right’s approach to Islam and Islamism is changing,” Westrop said.

The rising anti-Semitism and the teaming up of Muslim and Christian conservatives could also put daylight between Israel and segments of the American Jewish community if Israel continuously gives onerous Christian nationalist attitudes a pass or, even worse, supports the community despite its anti-Semitic facets.

In a twist of irony, United Arab Emirates Foreign Minister Abdullah bin Zayed expressed concern that former Israeli prime minister Binyamin Netanyahu may include a far-right, racist political party in a coalition government if he wins next week’s elections and succeeds in putting an alliance together.

Bin Zayed has not shied away from emboldening attitudes akin to the thinking of Focus on Western Islamism and the Middle East Forum in the UAE’s effort to suppress any expression of political Islam or an interpretation of the faith that does not command absolute obedience to the ruler.

Islamic scholar Abdullah bin Hamid Ali, a faculty member of Zaytuna College, argued in a lengthy paper that former President Donald J. Trump was the lesser of evils as far as Muslims are concerned. The California-based college’s president, Hamza Yusuf, is a prominent American Muslim leader and scholar, a member of the UAE’s Supreme Fatwa Council, and one of the main propagators of the Emirates’ autocratic form of moderate Islam. Controversially, Yusuf was a member of the Trump administration’s Commission on Unalienable Rights.

Westrop points not only to UAE-backed Muslim conservatives without mentioning their Emirati connections but also to Qatar, which he describes as “an Islamist government” that funds the American right. There is a precedent for Israel, particularly Netanyahu, Israel’s longest-serving prime minister and the most dominant and polarizing political figure of his generation, either joining the Christian nationalist and Republican fray or looking the other way when anti-Semitism is in play.

The former prime minister had no compunction about acting hand in hand with the American right and Hungarian Prime Minister Victor Orban campaigning with anti-Semitic overtones against Hungarian-born American Jewish billionaire and philanthropist George Soros, a Holocaust survivor, because of his liberal or leftist leanings. Netanyahu also had no qualms about Orban’s rewriting of Hungary’s World War II history, which included rehabilitating anti-Semitic, pro-Nazi wartime figures as anti-communist icons.

To be fair, Netanyahu vocally opposed when he was in office a Polish law that made it illegal to accuse the Polish nation or state of complicity in Nazi German crimes. Netanyahu’s Likud is poised to emerge as Israel’s largest political party in next week’s election, the country’s fifth in four years. Still, he may find it challenging to build a governing coalition as he battles corruption charges and confronts mounting criticism of his willingness to work with Otzma Yehudit or Jewish Power, a rapidly growing far-right racist party.

Netanyahu’s willingness to opportunistically back a tainted attack on someone of Jewish descent because of a political disagreement raises tantalising questions about how, if he makes a successful comeback, he will deal with, for example, Sweden’s new government that a party with roots in neo-Nazism supports. The Sweden Democrats, who helped the new conservative government secure a majority in parliament without being rewarded with Cabinet representation, have insisted that the party has put its past behind it.

But earlier this month, Rebecka Fallenkvist, the 26-year-old head of the party’s television programming, called Anne Frank “immoral” and “horniness itself” in an Instagram post that was later deleted. Frank was an acclaimed Dutch Jewess, who documented in a diary life in hiding under Nazi persecution, until the Germans killed her in 1944.

The party quickly moved Fallenkvist from her publicly visible job to its administrative office in parliament, likely to play a role in the mechanics of the Sweden Democrats’ parliamentary support for the new conservative government.

Israel’s reluctance to firmly confront Christian nationalism for the anti-Semitic attitudes of some of its most prominent proponents casts a shadow over its battle against the racist anti-Jewish attitude, a foreign policy priority. To be sure, Israel’s ambassador to Sweden, Ziv NevoKulman, condemned Fallenkvist’s remarks. He warned that “unfortunately, there are many more bad weeds that must be uprooted.” It was unclear if he was referring to the Sweden Democrats or anti-Semitism in general.

Nevertheless, the Israeli reluctance takes on added significance given that Christian nationalism is no longer a fringe movement within the Republican Party. On the contrary, a recent poll suggested that a majority of Republicans believe that the United States should break with its constitutionally mandated secularism to declare itself a Christian nation.

The Republican’s Christian nationalist sentiment contrasts starkly with other results of the poll that showed that more than 60 percent of Americans favour religious pluralism and oppose the United States identifying itself as a Christian nation. The problem for Israel is that its identity as a Jewish state means it is not fundamentally opposed to a state defining itself in religious terms. Israel’s problem is the anti-Semitism of many proponents of Christian nationalism, even if the trend’s discriminatory attitude is akin to Israeli policy towards the Palestinians. (IPA Service)