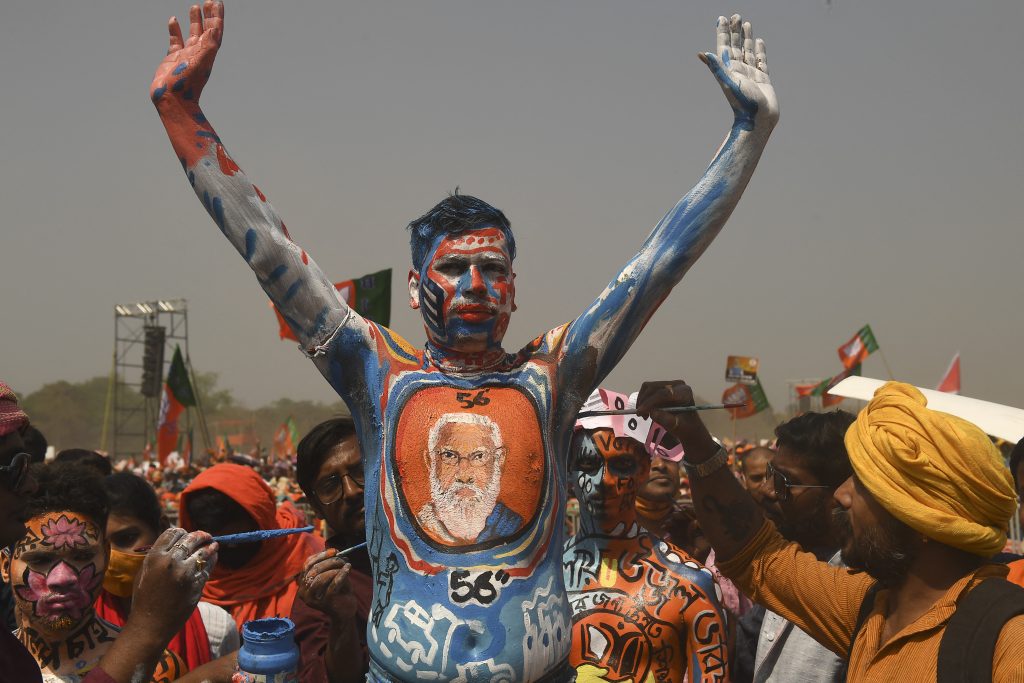 LUCKNOW: BJP is under tremendous pressure to save its hold over Awadh and neighbouring areas from Samajwadi Party and alliance in fourth phase polling on February 23. Since BJP had won maximum seats out of total 59 seats in 2017 in nine districts Lucknow, Hardoi, Lakhimpur Kheri, Unnao, Rae Bareli, Banda and Fatehpur the entire leadership of party is now campaigning in these constituencies. Having consolidated its position in first three phases Samajwadi Party and its alliance is giving tough fight to BJP to stop saffron brigade from capturing power this time.

BJP leadership including PM Narendra Modi, Union Home Minister Amit Shah BJP national President JP Nadda and other members of the Union Ministry and entire ministers of Yogi government are campaigning in the state. Sharpening his attack on main rival party, PM Modi blasts Samajwadi Party for being sympathetic to terrorists. He linked the symbol of Samajwadi Party to the terror attacks in Ahmedabad where bombs were planted on bicycles.

Realising the importance of stray cattles menace which had become main issue against Yogi government in rural parts of the state which could affect chances of BJP, PM Narendra Modi said during his election meeting in Hardoi that his government would resolve the issue with next BJP government. PM claimed that his party would get the benefit from labharties (beneficiaries) who were getting free ration and money in their accounts from various central and state schemes.

The prestige of senior Central ministers Rajnath Singh (Lucknow), Smriti Irani (Rae Bareli), Ajay Singh Teni (Lakhimpuri Kheri) and Kaushal Kishore (Mohanlalganj) is at stake due to polling in assembly segments of their Lok Sabha constituencies. This region is also very important for BSP due to good presence of scheduled Caste and Scheduled Tribe population in Sitapur (32 per cent), Hardoi, Unnao and Rae Bareli 30 per cent and Lucknow with 21 per cent.

BSP national President Mayawati has also attached importance to this region and attacked BJP government for its failure in governance and law and order issue. She also raised the issue of farmer’s agitation in Lakhimpur Kheri where farmers were killed and Asheesh Kaumar son of Central Minister Ajay Kumar was arrested and jailed. Only few days back he was released on bail.

Since polling is being held in Rae Bareli Lok Sabha seat of her mother and Congress President Sonia Gandhi, Priyanka Gandhi has taken the campaign very seriously. Priyanka Gandhi is also keen to see BJP candidate Aditi Singh defeated as she got elected on Congress ticket and later joined BJP. Priyanka is so upset with this move that Aditi’s husband Angad was refused Congress ticket in Punjab Assembly poll.

Significantly the public meetings and road shows of Priyanka Gandhi in Rae Bareli, Lucknow and other districts were grand success and she got good response from public. Priyanka Gandhi attacked Modi government as well as Yogi government for their failure to resolve issues concerning people of the state.