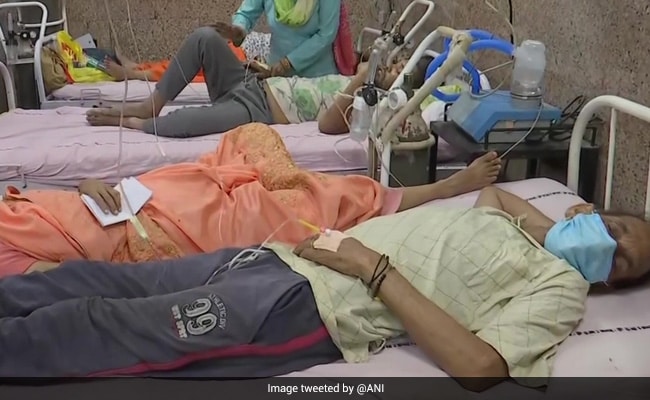 All the patients are suspected to have consumed the flour during dinner.

Around 400 people have fallen sick after eating adulterated buckwheat flour in Delhi, police said. All of them have been hospitalised late Tuesday night following complaints of stomachache, diarrhea and vomiting, they said.

Buckwheat flour, popularly known as kuttu ka atta in India, is commonly consumed during the fasts observed for the festival of Navratri.

All the patients, who have been admitted to the Lal Bahadur Shastri Hospital, are from east Delhi’s Kalyanpuri area and are suspected to have consumed the flour during dinner.

“I ate ‘kuttu atta’ for dinner and started feeling dizzy, after that I vomited. I came here as my stomachache continued,” news agency ANI quoted one of the admitted patients as saying.

“Many others admitted here have the same issue,” he added.

One of the doctors in the hospital said all the patients were admitted after 11 pm.

“Many patients that arrived here had common complaints of stomachache and vomiting. We have admitted all of them and giving them medical assistance,” the doctor was quoted by the news agency.

The owner of the shop from where the flour was bought has been arrested, the police said.

In a similar incident, six members of a family from ward number 2, Mehrauli were hospitalised in the early hours of Wednesday after consuming buckwheat flour. During inquiry, it was found that one Raghuvinder Kumar had purchased buckwheat flour from a shop named Raghubir Son and Sons, Mehrauli, on Tuesday.

He and his family consumed it around 10 PM, a senior police officer said. Later, they felt uneasy and started vomiting. They went to Fortis Hospital around 3 am and were discharged in the morning. The family is back home now, the police said.

A case has been registered against the owner of Raghubir Son and Sons, they said.