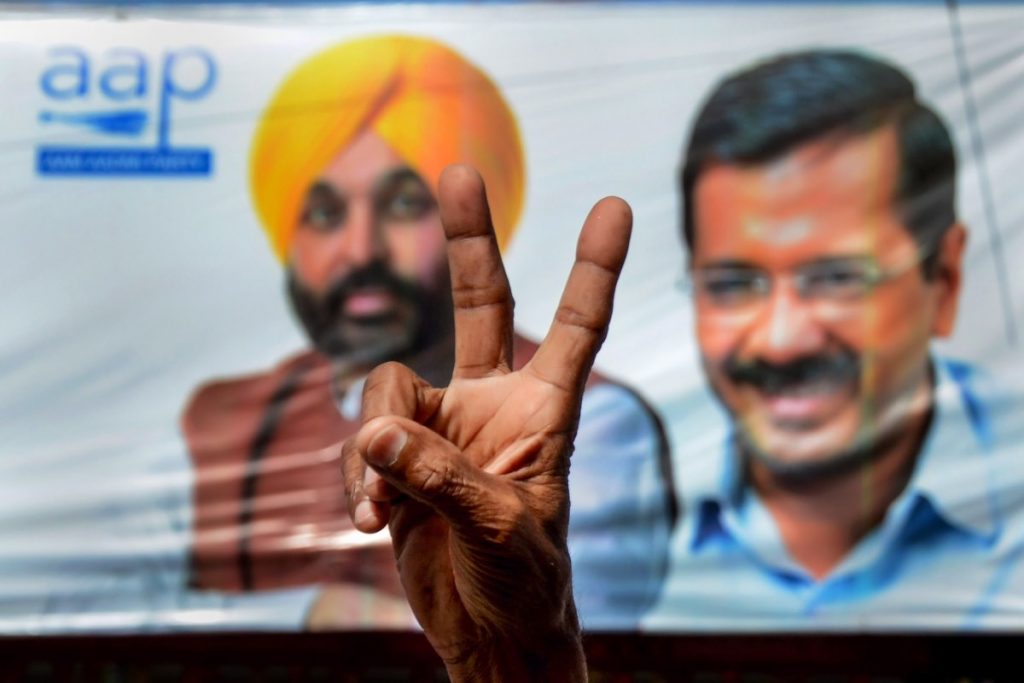 A trait common to all politicians, even the bright young ones, is a penchant for sycophancy. So, when AAP swept its one-state wonder tag out the Delhi window and took Punjab by the “vacuum cleaner”, Delhi AAP leader Raghav Chadha, who ran AAP’s Punjab poll campaign, couldn’t stop himself from blurting out, “Kejriwal will be Prime Minister.”

Chadha’s euphoria of the moment, perhaps, made him overreact. But a good thing, too, because the “Kejrilwal for Prime Minister” will keep Kejriwal from butting into Punjab affairs every now and then. That is a danger. There were reports that Kejriwal would have liked to be “CM of Punjab” more than he would have wanted to remain “CM of Delhi.”

Let us not forget, however, that Arvind Kejriwal in 2014 contested against Narendra Modi from Varanasi. He lost then, but it was an early sign that Arvind Kejriwal had prime ministerial ambitions. Not then in 2014, but later. Then, at the time, AAP hadn’t even made an impact in Delhi, forget about the whole of India.

So, has AAP, today, become the “principal challenger of BJP” at the national stage? The answer to that is that AAP, after its sweeping Punjab win, perhaps, the only political party which can “go to any state in India” and make an impact. This is something that only the Congress and the BJP could lay claim to.

Come to think of it, the AAP sweep of Punjab shouldn’t surprise anybody. Such sweeps are AAP’s calling card. AAP swept the Delhi assembly polls not once but twice, leaving opposition parties in single digits, and powerful national parties at that, the Congress and the BJP, left in the troughs with no strength to wade into the well of the House!

That said, AAP did not do wonders in Uttarakhand or Goa. If it hadn’t swept Punjab, Raghav Chadha would not have spoken of the AAP as the “natural and national alternative” to the Congress. But “Kejriwal for Prime Minister” is a signal to regional satraps who have made common cause to remove Narendra Modi from 7, Lok Kalyan Marg that the time has come to unite under a single party.

There are other assemblies which will go to polls in 2022 and 2023. The AAP victory in Punjab is not only a shot in the arm for AAP, but also the sole reason to celebrate for the entire Opposition. The BJP was winning more than just in UP, the opposition won only in Punjab.

Challenging and defeating the BJP in Gujarat should be AAP’s focus next. And maybe those states which go to polls in 2023. A couple of victories more and it will cement AAP’s national standing, fuelling Kejriwal’s national ambitions. There will also be more stamps of approval to the AAP’s ‘Delhi model of governance’ from the aam aadmi everywhere, all of India.

The Delhi model–which made Punjab voters vote for AAP–if replicated successfully in Punjab could very well be AAP’s winning card in other states. From now on, it’s the Yogi-model versus the Kejriwal-model. Kerala CM Pinarayi Vijayan also had a similar and unique “ration model” which delivered him a second consecutive term.

The good thing for AAP and for the Opposition is that the AAP is an answer to the new generation’s aspirations. That was the promise with which it hit Delhi’s streets. There were some setbacks, but AAP’s Punjab sweep gives millions, who never accepted the BJP, hope for 2024.  The AAP, if Arvind Kejriwal plays AAP’s cards right, can, like Raghav Chadha said, emerge as the “national replacement” of not just the Congress, but, more important, “replacement” of the Bharatiya Janata Party. (IPA Service)

There Are Many Lessons For Congress To Learn From Its Debacle In Five Assembly Polls
Posting....