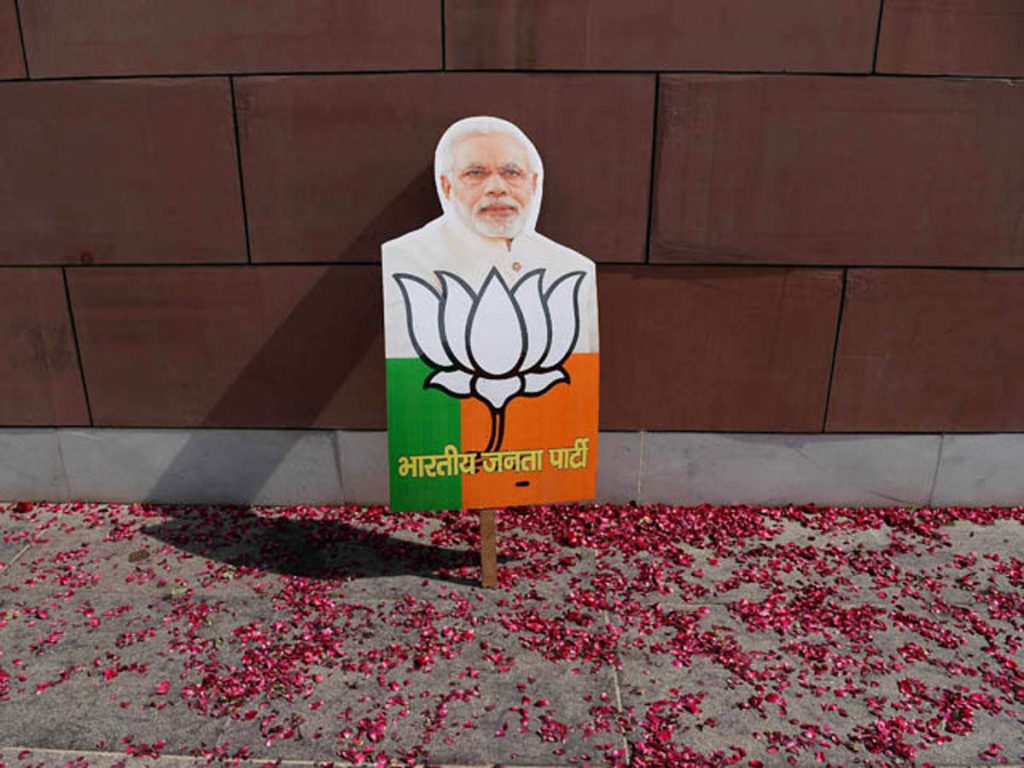 Politics is alright. But what about playing mischief? It must stop. Time has come for BJP to learn not to play mischiefs before an election for votes, and even after losing polls for keeping power for themselves legally or by proxy at the cost of people which happen to be in violation of the spirit of democracy.

BJP has recently lost the MCD polls to AAP. BJP had been ruling the three MCDs since 2007. For every failure of the MCD in keeping the National Capital Territory clean it has been blaming the city government led by AAP that they have not been providing required fund to successfully handle the garbage, apart from providing other services to the people making citizens’ lives miserable. Now when BJP has thrown out of power by its political adversary AAP, it is telling the people that MCD comes under the Centre, and is not accountable towards the Delhi government.

On Thursday, December 15, the spokesperson of Delhi unit of BJP Praveen Shankar Kapoor said, “After the amendment in the Delhi Municipal Corporation Act, the MCD is now under the Central Government or its representative Lieutenant Governor. The body in not accountable towards the Delhi government or the Legislative Assembly.”

All these means that the BJP is hell bent on not allowing its opposition rival AAP to work in the national capital territory Delhi on in the MCD, though the party had won the election in both and now ruling the state and the MCD. It should also be noted that AAP has 67 seats against the BJP’s 3 in the 70 member Vidhan Sabha, and 134 seats against BJP’s 104 in 250 member MCD. It is very bad behavioural trait of the BJP of not conceding democratic win of its opposition and allow them to work only to find an opportunity to claim that opposition political parties perform badly. People in the meantime are suffering.

AAP leader and the Delhi CM Arvind Kejriwal has definitely been successful in defeating BJP under PM Narendra Modi in every election after 2019 Lok Sabha elections in NCT Delhi. Now he has made inroads even in Gujarat which has enhanced the status of AAP as a National Political Party. AAP is presently ruling the two states Delhi and Punjab. Arvind Kejriwal has thus emerged as a potential challenger of Narendra Modi.

Modi-Shah duo has been closely watching the rise of APP and its leader Arvind Kejriwal, and hence been trying their best to block his growth path. It should be remembered that Modi government had started the process of even usurping the legal rights of Delhi and its chief minister long back sometime in 2020. Government of National Capital Territory or Delhi Act, 1991 was amended in March 2021, which changed the very definition of “government” in Delhi to mean Lieutenant Governor (LG) (a appointee of the Union Government) clipping the powers of the Chief Minister of Delhi, who was made dependent on LG for all his works, which he could not do without the prior permission of LG. Elected representative of the people put under an appointee of the Centre which is entirely against the democratic principle, apart from the violation of the Constitutional provision of India as a Federal State.

The matter did not stop here. Modi government’s appointee LG started unnecessary interference in the functioning of the Delhi government by giving such instructions to the officials that prevented even their presence before the Ministers of Delhi government led by AAP. Officers disobeying the orders of the AAP led government in NCT Delhi. AAP even said in a submission to the Supreme Court that the Lieutenant Governor’s office had been “derailing” governance in the National Capital Territory of Delhi.

Just before MCD election, BJP had alleged that AAP government has not been releasing dur funds to the municipalities, despite the municipalities vowed to clear the garbage landfill sites ahead of MCD polls. The present claim of the BJP just days after they lost in the polls that MCD is not accountable to Delhi Government or its Vidhan Sabha, is unfortunate.

If MCD is under the LG or the Centre, then blame of making Delhi a garbage city is on Modi government, and the BJP as a party that has been ruling the municipal corporation of Delhi for the last 15 years, while ruling the Centre simultaneously for the last 8 years. According to a report, the amount of garbage in the city’s three landfills is over 27.6 million tonnes and daily generation of municipal solid waste of 11,000 tonnes, would take 197 years to be cleaned at the present rate of processing of only around 5,000 tonnes daily.

When the BJP was ruling MCD they had submitted a project to clear the garbage to the Union Ministry of Urban Affairs with an estimated budget of Rs 1,864 crore. But the project was adversely affected due to a range of reasons of which dismal performance was one.

BJP led MCD had also informed the state-level monitoring committee in 2020, that 50 per cent of the legacy waste would be cleared by June 2020, a promise that failed. Thereafter they had asked the state monitoring committee for more time at least until July 2023. The question is, if MCD is not accountable to the state or its Vidhan Sabha why it did not occur the BJP leaders when they were ruling the local body? The answer is obvious – they were trying their best to politically save themselves. Now when BJP lost in election it says that MCD is only accountable to the Centre.

BJP led MCD had even given assurance to the National Green Tribunal (NGT) that they would achieve 100 per cent redemption in Ghazipur landfill by December 2024, Bhalswa by December 2023, and Okhla by March 2023. Since BJP has now lost, AAP led MCD will be responsible to keep the promises.

It is in this backdrop, when the chair person of Delhi Vidhan Sabha Committee on MCD and AAP MLA Saurabh Bharadwaj had said that the members of the panel will soon visit some of the cleanest cities in the country to study their solid waste management, segregation and sanitation modes, the BJP’s spokesperson Kapoor has said, “The Lieutenant Governor should give clear instructions to the MCD officials that they are no longer answerable to the Delhi government or any committee of the assembly.”

It is a very serious matter that LG or Centre should encourage officials not to be answerable to the elected state government or assembly of Delhi, or the party that lost election should rule by proxy violating the fundamental principles of democracy and constitutional federalism. (IPA Service)