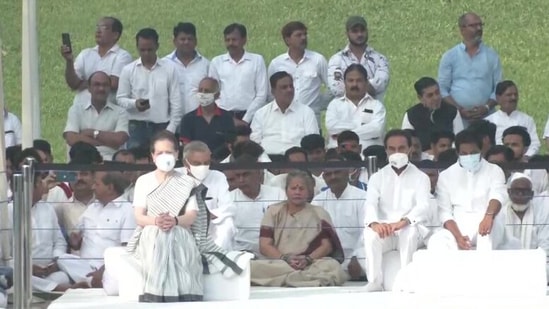 On May 27, 1964 at 1.44 PM, India’s first Prime Minister and one of the best chroniclers of this great nation’s history breathed his last at his residence Teen Murti Bhavan. Nehru along with Indira Gandhi came back to Delhi on May 26 afternoon after a three day holiday in Dehradun. Nehru had not been keeping well since his last stroke at the Bhubaneswar session of AICC in January of 1964. After a short rest, the 74 year old Prime Minister, took to his normal schedule despite the requests by his panel of doctors to go slow. For Nehru, work was worship, and when he was not doing official work, he was reading.

On May 26 evening, Nehru was not feeling well. His Dehradun holiday failed to beef up his energy. He went to bed unusually early. He woke up several times at night and before dawn on May 27, he had again pain in the chest. Nehru’s servant Nathuram immediately informed Indira Gandhi and Dr. Bedi, Nehru’s personal physician who had been staying at Teen Murti in nearby rooms since the last stroke of Nehru in January..When the doctor and Indira came rushing, Nehru was still conscious, though disoriented. He asked in a faint voice ‘What is the matter?’ Dr. Bedi carried out all the investigations and found out that Nehru’s arota had burst. Dr. Bedi took immediately blood from the standing Indira who had the same blood group as her father and transfused it to revive. But Nehru was incomplete coma. Dr. Bedi indicated to Indira that very little chances of survival were there.

Nehru was in coma for few more hours and all other efforts failed. Indira got the hint that that the end was nearing. She along with the people at the PM’s residence informed all the relations and the senior political leaders of the Congress about the status of health. As soon as officially Nehru was declared dead in the afternoon, the issue of a proper funeral with assured security came up. While the officials including the security agencies tried to make the arrangements foolproof, Indira Gandhi faced a big dilemma on choosing whether it would be performed  as per Hindu rituals or as per the wishes of her father who wanted a burial without any religious rituals.

For the next few hours, it was an agonising period for Nehru’s daughter. The Kauls of Nehru dynasty, the Kasmiri pandits, despite their liberal education and forward looking approach could not reconcile to Nehru’s wish to avoid the Hindu rituals in the funeral scheduled for next day. There was a big pressure on Indira from the senior members of the family to opt for the Hindu rituals ignoring the will of Nehru. It was just not family members, seniors of the Congress Party also advised Indira to go fora normal religious Hindu ritual in the interests of the Party. They said that a secular funeral without religious rites, would not go well with the countrymen, 80 percent of whom are Hindus.

Indira, at personal level, was ready to abide by Nehru’s wish, but the combined pressure of the Nehru family seniors and the veterans of the Congress Party tilted her decision finally in favour of opting for Hindu rituals. After all, she was a senior leader of the Congress Party and had possibility to emerge as the future Prime Minister which she did in 1966 after the sudden death of Lal Bahadur Shastri. There was little time for her delaying the decision on rituals. She gave the green signal late  afternoon.. It was clear in the evening that India’s first Prime Minister would be cremated as per the Hindu rituals. So next day, Nehru’s body was put ona sandalwood pyre, vedic chants were booming and the entire funeral procession bore the marks of the passing away of a Hindu Jawaharlal Nehru despite his strong instructions against following religious rituals. Sanjay Gandhi who rushed back to Delhi from his holiday in Kashmir lit the funeral pyre.

At my personal level, that May 27 was most traumatic for me and some of my friends of different shades of left based in Dhakuria, south of the then Calcutta. After efforts of more than two months, our five day Shakespeare Quarter Centenary Festival was scheduled for inauguration at 6 PM the same day. All the invitations were issued and a big exhibition was planned on the evolution of world drama as also the transition of the drama movement in Bengal. The famous critic of today Shamik Bandyopadhayay did all the writing and Jogen Chowdhury who was just out of the Government Art College with a gold medal, did the entire drawing work. I personally contacted all top academics of that time including Dr. Amalendu Bose, Prof: Nirendranath Ray, Dr. Sitangshu Moitra, Dr. Sadhan Bhattacharya and many others for taking part in the discussions. The famous actor Amar Ghosh was scheduled to stage ’Hamlet’ at the festival.

From the morning of May 27, I was having an ominous feeling as if something had gone wrong in preparations. I checked up with my friends Shyamal Mukherjee, Sanku Adhinkary, Sukhamoy Mitra, and Subimal Sen whether something had been left to be done. They said that everything was fine. The exhibitions had been put in place and it was looking wonderful. Then in the afternoon, the news came about Nehru being in coma. We were all praying’ Nehru please don’t die today and not in the next five days. We had little funds – only passion and ideas. ‘It would be a disaster if it had to be postponed due to death.’ But finally the news of death of Nehru came. All cultural programmes including programmes organized by us would be postponed.

So from 3 PM onwards, we started our operation of informing the important people. There was no mobile, the landlines in 1964 did not function properly. We contacted people by landline and also met the listed participants. By 6 PM, all were informed. We had no time to mourn for Nehru whom most of our friends liked for his leadership skill and as a brilliant writer. This postponed festival was rescheduled from June 10 to June 14 and it was a grand success. But I always remember May 27, 1964 as the day when my heart beat kept on rising as news about Nehru’s condition was coming. After long 58 years, I can still remember the developments of that day minute by minute. (IPA Service)