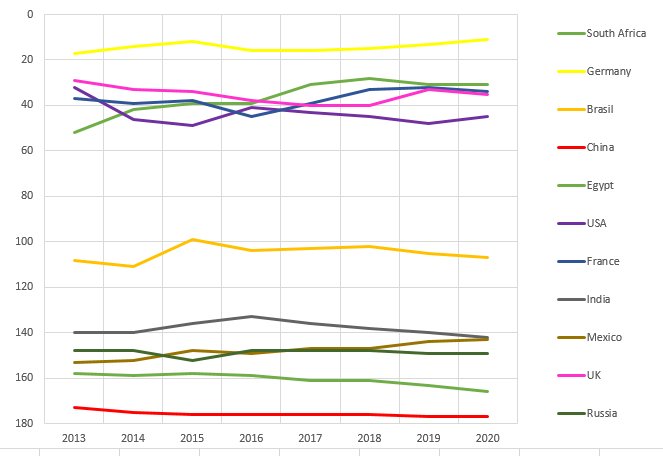 Press freedom in India is in crisis though there are over one lakh newspapers including 36,000 weeklies and 380 TV news channels. Such an abundance of outlets conceals tendencies toward the concentration of ownership while media in politically partitioned, journalists facing violence and authoritarian pressures, legal framework no more protective, economic context turning adverse, and sociological context carrying deep bias. No wonder, India, fell eight places in the World Press Freedom Index (WPFI) 2022 to be ranked 150 out of 180 countries in the world.

Though media always works in a particular social, political, and economic conditions the Indian press used to be seen as fairly progressive. “But things changed radically in mid-2010s, when Narendra Modi became prime minister” in 2014, the WPFI has specifically mentioned. Modi government has always tried to defend its position, and when the WPFI 2000 came, which ranked India at 142nd rank among 180 countries in the world, NITI Aayog came out defending the Modi regime and criticized the WPFI and tried to prove that it was not reliable. It should be noted that Modi has created the NITI Aayog as think tank after dismantling the erstwhile Yojana Aayog which was created after the India became independent on the idea of Netaji Subhas Chandra Bose but Modi mistaken it for Congress brainchild. Modi always batted for an “India Free of Congress”, and therefore dismantling of Yojana Aayog had a bias, not any merit. Even this NITI Aayog tried to project that Modi regime was not at great fault since in the inaugural WPFI report of 2002 had ranked India at 80th, which fell to 122 in 2010, and 131 in 2012. NITI Aayog was just flogging the dead horse as Modi does for all his own faults.

Such a defence becomes meaningless when we see the ground reality. If we see at the entire media landscape of the country, it is clear that there is concentration of media ownership with only a handful of sprawling media companies at the national level. Four dailies share three quarters of the readership in Hindi, which is the leading language of the country. The concentration is even more marked at regional level. The government AIR owns all news radio station, and TV space is captured by a few networks in terms of viewership.

Things radically changed “when Narendra Modi became prime minister and engineered a spectacular rapprochement between his party, the BJP, and the big families dominating the media,” the report said. The prime example is undoubtedly the Reliance Industries group led by Mukesh Ambani, now a personal friend of Modi’s, who owns more than 70 media outlets that are followed by at least 800 million Indians.

Very early on, Narendra Modi took a critical stance vis-à-vis journalists, seeing them as “intermediaries” polluting the direct relationship between himself and his supporters, the report says. Indian journalists who are too critical of the government are subjected to all-out harassment and attack campaigns by Modi devotees known as bhakts.

India law is protective in theory but the charges of defamation, sedition, contempt of court and endangering national security are increasingly used against journalists critical of the government, who are branded as “anti-national.” The report also said that under the guise of combating COVID-19, the government and its supporters have waged a guerrilla war of lawsuits against media outlets whose coverage of the pandemic contradicted official statements. Journalists who try to cover anti-government strikes and protests are often arrested and sometimes detained arbitrarily. These repeated violations undermine media self-regulatory bodies, such as the Press Council of India and the Electronic Media Monitoring Centre.

The Indian press is a colossus with feet of clay. It depends largely on advertising, chiefly from government bodies. In the absence of an airtight border between business and editorial policy, media executives often see the latter as just a variable to be adjusted according to business needs. The report mentions that “at the national level, the central government has seen that it can exploit this to impose its own narrative, and is now spending more than 130 billion rupees a year on ads in the print and online media alone. Recent years have also seen the rise of “Godi media” (a play on Modi’s name and lapdogs) – media outlets such as the Times Now and Republic TV that mix populism and pro-BJP propaganda. The old Indian model of a pluralist press is therefore being seriously challenges by a combination of harassment and influence.

The enormous diversity of Indian society is barely reflected in the mainstream media. For the most part, the report pointed out that, only Hindu men from upper castes hold senior positions in journalism or are media executives – a bias that is reflected in media content. For example, fewer than 15 per cent of the participants in major evening talk shows are women. At the height of COVID-19 crisis, some TV hosts blamed the Muslim minority for the spread of the virus.

With an average of three or four journalists killed in connection with their work every year, India is one of the world’s most dangerous countries for the media, the report says. Journalists are exposed to all kinds of physical violence including police violence, ambushes by political activists, and deadly reprisals by criminal groups or corrupt officials. Supporters of Hindutva, the ideology that spawned the Hindu far right, wage all-out online attacks on any views that conflict with their thinking.

Terrifying coordinated campaigns of hatred and calls for murder are conducted on social media, campaigns that are often even more violent when they target women journalists, whose personal data may be posted online as an additional incitement to violence. The situation is also still very worrisome in Kashmir, where reporters are often harassed by police and paramilitaries, with some being subjected to so-called “provisional” detention for several years. One journalist has already being killed this year while 13 are in prison. (IPA Service)

Remembering Karl Marx And His Teachings On His 204th Birth Anniversary