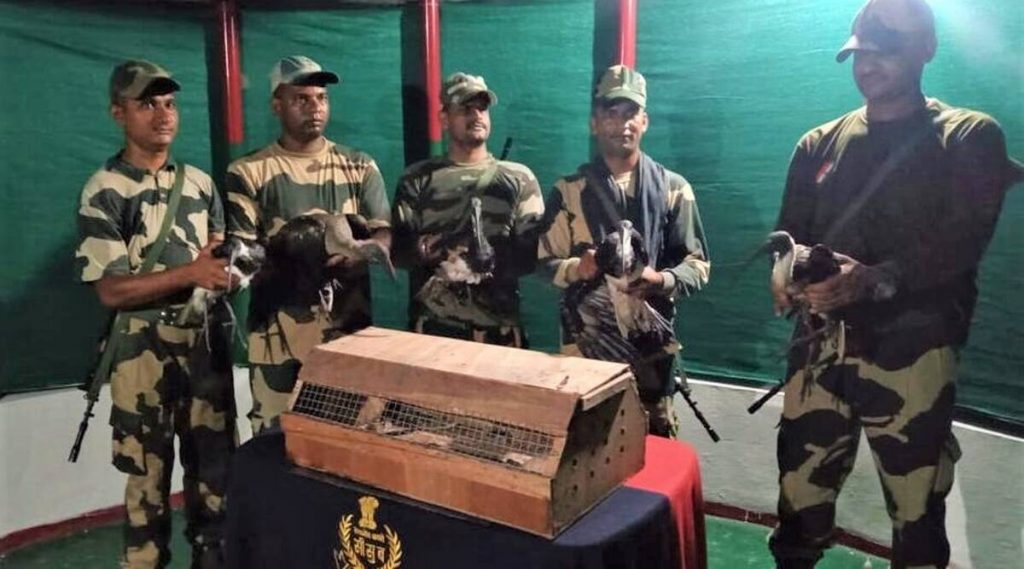 While it has not been possible for the Border Security Force (BSF) and different state police authorities to reduce illegal cattle sales to Bangladesh to zero level, cow smuggling has declined sharply over the years.   However, reports from Assam and West Bengal areas close to the Bangladesh border suggest that comparatively speaking, the smuggling of black buffalos continues much as before.

Ironically, Bangladesh authorities do not have any official policy regarding India’s move since 2014 to reduce cattle smuggling (especially of cows) to the extent possible. Because of political and religious considerations among many Hindus, the illegal sale/despatch of cows particularly to Muslim countries has always been an emotive issue.   Ironically there is by and large no major public reaction or interest among common people in India when buffalos are smuggled out or sold for sacrificial or other reasons.

However there have been some cases of public resistance even against the illegal movement of buffalos to Bangladesh, but these have been too few to matter.

Also, it has not been possible to   quantify the decline in illegal earnings resulting from cow smuggling, as separate figures for buffalos etc are not maintained accurately. Until about four/five years ago, illegal cattle smuggling was estimated to be a parallel ‘dark industry’ involving transactions up to Rs 5000 crore or more.

From Karimganj in Assam, close to the Bangladesh border at Sunatula, there were recent reports of how local miscreants tried to smuggle some buffalos to Bangladesh one night, and the police tried to stop them for questioning. The miscreants attacked the police who resorted to blank fire. The smugglers fled, leaving behind four buffalos that lived for another day. Locals said such cattle movements while occurring less than before, had never really stopped.

As the Trinamool Congress (TMC) president of Birbhum District, Mondal has enjoyed a charmed life within the party organisation since 2012 being a favourite of Chief Minister Mamata Banerjee.

Despite his recent arrest and a slew of scandalous charges against him, involving smuggling, political violence and money-laundering, the ‘Bahubali’ Mondal continues to remain a major force within the organisation.  Unlike former Education Minister and senior leader Partha Chatterjee, also arrested on corruption charges, Mr Mondal has retained his posts within the TMC.

Ms Banerjee has strongly protested against GOI for Mondal’s arrest and harassment. In contrast, Chatterjee has been dismissed from the Ministry and is no longer the party’s Secretary general.  Nor has Ms Banerjee or any other leader, spoken up in his defence.

Senior police officials admit that the recent arrest of Mondal and some of his associates in Birbhum and elsewhere has for the time being put a damper on cattle smuggling.

Nonetheless after Assam, reports of increased buffalo smuggling have come from North Bengal, in Alipurduar district and its neighbourhood.   Local media reports say that the old smuggling routes are being maintained at present as well, with the local Panjipara point in Alipur duar being used as a check/rest point for keeping livestock.  The supply chain of animals originates at different areas in Bihar, Uttar Pradesh, Haryana and Rajasthan.

From Panjipara, animals are loaded in trucks and pushed into convenient points along the Bangladesh border at Sonapur and Mendabari areas. Rent is charged for cattle that are rested at Panjipara, but otherwise restrictions, as confirmed by local traders, are looser and more relaxed for buffalos in comparison with cows.

Normally, the authorities allow the movement by trucks of about 25/30 animals, but mostly 40/45 heads are carried, as pre-arranged amounts of hush money change hands at different levels. The illegal money trail covers the state police, the BSF, local level politicos/leaders (including MLAs, MPs panchayat men), youth clubs affiliated to the ruling party and powerful state-level ‘syndicate’ leaders considered above the law.

The involvement of many officials in the massive illegal smuggling racket has been confirmed by the recent arrest of over a dozen state police and BSF officials based in West Bengal and several North Indian states by GOI agencies in recent years.

Investigating authorities feel that nothing short of a bilateral understanding between Bangladesh and India can   stop/prevent   border area smuggling. The problem is Bangladesh authorities do not treat cattle smuggling as a crime.

Bangladeshis found moving around with cows or other animals near the border are asked to explain from where they had bought/found the animals. The usual explanation is that stray cattle and other animals are often rounded up by nomads/other people in the border areas. Satisfied, Bangladesh guards issue a Customs duty on the animals, and this is treated as official recognition of ownership.   There is always a heavy demand for beef in Bangladesh, especially around the time for Eid-ul-Azha. Even buffalos are much in demand, according to reports.

From the body of illegal traders, who have been known to operate under the cover of other ‘respected’ lines of business, there have been complaints that even buying buffalos from Punjab etc have become costlier than before. Primarily the war in Ukraine, which has generally led to higher petrol/diesel prices all over India, has been a major cause for this.

As things stand, GOI and concerned agencies appear none too concerned with the illegal movement of buffalos across the border. There is on the other hand, a major official satisfaction that in recent times, it has been possible to reduce drastically the number of cows being smuggled.  Such smuggling has been reduced very markedly in South Bengal areas, although the porous border in North Bengal and other areas causes concern.

Still, since 2015, when around 150,000 heads of cattle mostly cows were seized by BSF personnel during their routine annual operations, the figure in 2021 was down only to around 20,000 or so.  This besides the fact that the price of beef in Bangladesh, around Rs 350 or so in Indian currency in 2015 is currently over Rs 650, carries further confirmation that anti-smuggling measures, from the Indian standpoint, have broadly succeeded. (IPA Service)

War Of Attrition Between Narendra Modi And RSS Intensifies