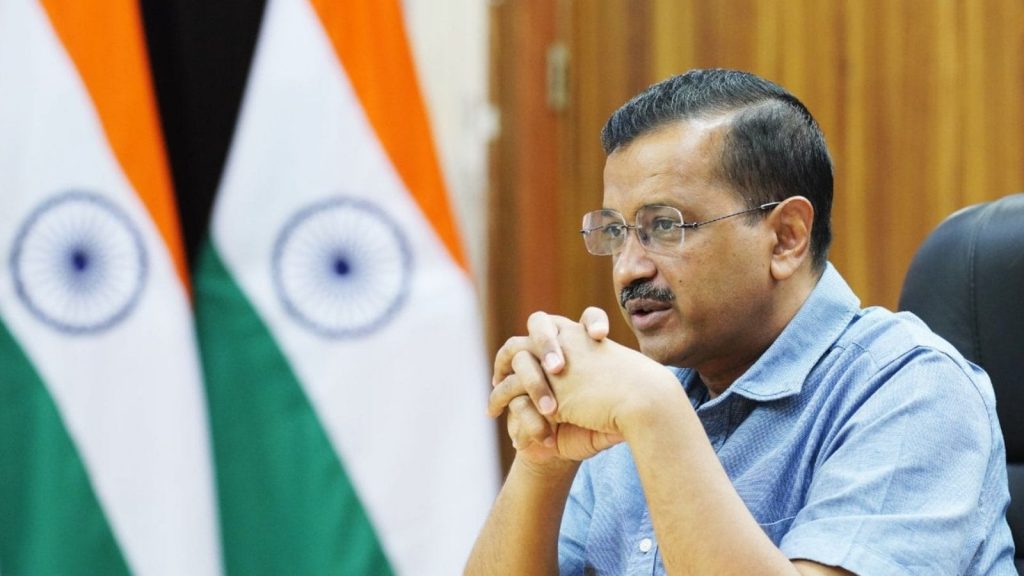 Delhi Chief Minister Arvind Kejriwal has called a meeting of all AAP MLAs at his residence at 11 am on Thursday to discuss the ongoing political situation and central probe agencies’ raids on party leaders. It has also been alleged that the BJP, which is in opposition in the city, was “attempting to overthrow the Aam Aadmi Party-led Delhi government”.

Earlier in the day, AAP national convener Kejriwal claimed that some of his MLAs have approached him alleging that they have been threatened and offered bribes to break the party. On being asked by the media about the Central Bureau of Investigation (CBI) raids, he said the investigations and raids will continue till the Gujarat assembly elections, which are scheduled to be held by the end of this year.

“Some MLAs have approached me and told me that they have been threatened, offered bribes to break the party. This is a very serious matter. We will have a political affairs committee meeting over the issue to take stock of the situation,” he told the media.

Deputy Chief Minister Manish Sisodia, who is facing a CBI probe in connection with alleged corruption in the implementation of Excise Policy 2021-22, recently claimed that he was offered the CM’s post by the Bharatiya Janata Party and a withdrawal of all cases if he quit AAP.

AAP leader Sanjay Singh has also claimed that the party MLAs such as Ajay Dutt, Sanjeev Jha, Somnath Bharati and Kuldeep were approached by the BJP leaders with whom they have “friendly relations”. “They have been offered Rs 20 crore each if they join the party and Rs 25 crore if they bring other MLAs along with them… Modi ji is trying to make AAP MLAs break away from the party and topple the Delhi government by misusing probe agencies, sending his people to offer money to them and threaten them of consequences if they do not switch sides,” Singh said.

Mocking the AAP for accusing Prime Minister Narendra Modi of making efforts to topple the Delhi government “by hook or by crook”, BJP spokesperson Sambit Patra said, “They may have got such offers from liquor mafia. Why do not they tell the names of persons who approached them?”