Inequality Is Only Rising In Modi Raj With The Rich Flourishing 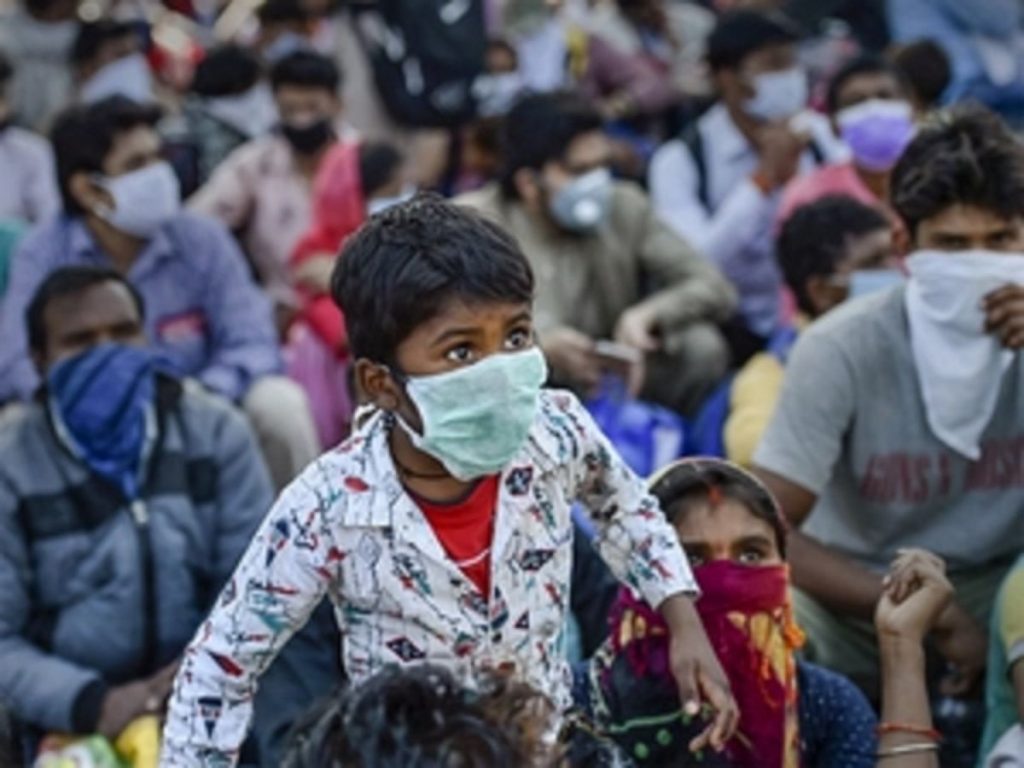 Since May 2014,  when Narendra Modi became the Prime Minister of India, Union government has introduced a variety of measures to reduce poverty and enhance employment that enabled the country to withstand the shock of COVID-19, claim our PM and officials downwards and his fan club. However, the Economic Advisory Council to the Prime Minister (EAC-PM) sponsored study titled “State of Inequality of India” has found that the income of the top 1% is only increasing while the poor are being further marginalized. It indicates that inequality in India has been rising sharply in Modi regime despite the claims of progress.

“Even though it is difficult to trace the movement from one income class to another due to the absence of class definitions, the share held by the Top 1% is only increasing, thereby further marginalizing the poor,” say the report in contrast to the comment of the Chairman of EAC-PM Dr Bibek Debroy who said in the preface of the report, “To reduce poverty and enhance employment, since May 2014, Union government has introduced a variety to measures, interpreting inclusion as provision of basic necessities, measures that have enabled India to withstand the shock of the Covid pandemic better.”

Inequality might be even worse than this report has pointed out, since the most important aspect of measuring poverty in a multidimensional context requires mapping the mobility in and out of poverty, apart from clear class definitions, in absence of which this report has been prepared. No wonder, the report has recommended to establish airtight slabs that make class-based distinctions clear.

The State of Inequality in India Report released by Dr Debroy himself on May 18, highlighted that the income disparity is more pronounced as the distance between the top-most and the bottom-most is only increasing. Income concentration among the top-few skews the distribution of income among the earning population leading to inconsistency in the distribution of gains. It simply proves the old allegation against the Modi government that his policies and priorities are working chiefly for the rich and the poor are at receiving end.

The report highlighted that the top 0.1 per cent has been accounting for 5 to 7 per cent of the national income, while top 10 per cent earn 30-35 per cent of the total income. It goes without saying that majority either is low paid or having low earning that often translate into vulnerability and deprivation in everyday life further widening inequalities. The top 1 per cent grew by almost 15 per cent between 2017-19 and 2019-20, whereas the bottom 10 per cent registered a close to 1 per cent fall. The pandemic has further exacerbated the inequalities the data for which is still out of the purview of this report.

It is a common knowledge that a large number of people in the country are not getting even sufficient food. It remains a challenge to achieve food security to household levels. In this context, the report says, “The challenges of nutritional deprivation, triggering hunger insecurity, remain (more so among children than adults), affecting their physical and cognitive development. This nutrient deficiency has also given rise to public health crises like anaemia.”

The report mentions this in between the praises of the government measures such as “increase in child and maternal healthcare” and “Anaemia Mukt Bharat”. However, the crisis needs to be addressed in a more urgent manner, the report said. Additionally, the report says, expenditure on health is also a cause of the descent into poverty, and a focus on reducing the out-of-pocket expenditure due to low health coverage is required to transform the health sector to make it more inclusive.

There are gaps in universal health coverage, the report says, and health inequality emerges from lack of infrastructure and economic disempowerment of a large population that tends to require healthcare mechanisms the most. In India, catastrophic health issues are one of the most devastating life shocks that trigger a descent into poverty. Health coverage are low and costlier.

While talking about the education gap prior to the pandemic, the report says that despite the marginal reduction in expenditure, schools are becoming more infrastructurally developed. It is euphemism only to alleviate the shocking effect of the fact that Modi government has reduced the education expenditure. Should education get lesser priority? Many cannot agree with the Modi government’s approach. Even the report says that investment in education will yield long term benefits in inequality and poverty reduction. The pandemic has further exacerbated the education gap, the data of which is not included in the report, which serves as face saving for the Modi government’s dismal performance.

Everybody is now aware about the jobs and unemployment crisis in the country, especially after the pandemic. However, the report included the data only upto 2019-20. Even on the basis of the pre-pandemic data the report has to emphasize that India’s priorities lie in creating more jobs with growth. One of the most important recommendations of the report is to raise minimum income and introducing universal basic income that can reduce the income gap and bring in equal distribution of earnings in the labour market. Looking at the difference between the labour force participation rate in rural and urban areas, it recommended urban equivalent of schemes like MGNREGS that are demand-based and offer guaranteed employment so that surplus-labour is rehabilitated.

Most importantly, the report says, the government must allocate more percentage of the expenditure towards social services and the social sector to make the most vulnerable population resilient to sudden shocks and stop their descent into poverty. Equitable access to education and creation of more jobs with long-term growth are recommended that the report finds vital for triggering an upward mobility among the poor.

The report has also recommended that the government should encourage regular exercises like the Foundational Learning and Numeracy Index and Ease of Living Index for the purpose of stock taking of the extent vulnerability among households and how to promote their overall well-being. (IPA Service)